It’s amazing to know about your favorite star possessing a quality which you can relate to. You always perceive these big screen protagonists as a people who have larger than life lifestyles but when you come to know that they have a liking that is similar to you, it can be interesting. That’s the reason you always want to know more and more about them. Being a dog lover is also a quality that makes people go mad about them. You must have also thought that,” Which Hollywood celebrities are dog lovers? And what breed of dogs do they have?”

So, let’s go through a compiled list of 7 Hollywood celebrities who are dog lovers. 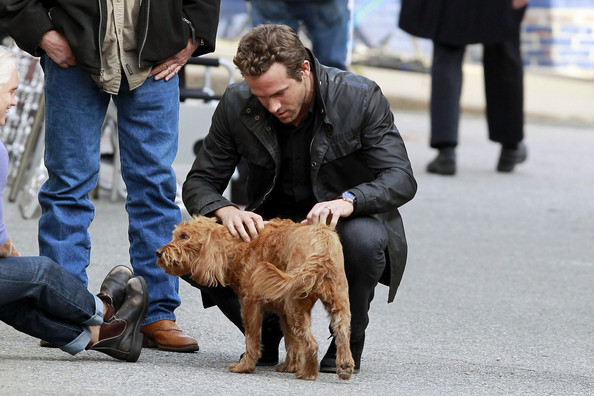 Yeah, even Deadpool is a dog lover. One of the coolest and wittiest Hollywood celebrities and famous for his characters like Deadpool and Green Lantern is a parent of a golden retriever. The name of the Golden retriever is Baxter. Ryan loves his dog a lot and often keeps talking about him in interviews and with people. Andrew Garfield famous for his Amazing Spiderman movie series and Emma stone who was Andrew Garfield’s co-star in Amazing Spiderman and is renowned for winning an Oscar for acting in the movie LA LA LAND are pet parents to a Golden retriever. Emma had a dog previously but after getting hooked with Andrew she also rescued a golden retriever and named him Ren. They both love Ren and always take him wherever they go. Anne Hathaway is an actor having a wide fan base around the world because of her acting and starring in films like Dark Knight Rises and Interstellar. Anne Hathaway is a proud parent to Terrier mix named Kenobi. The popular hangover movie series star Bradley Cooper is in love with dogs. Currently, he is in love with a mix of Chau-Chau and Labrador retriever breed named Charlotte. She is beautiful and enjoys traveling everywhere with Bradley. He brought her home from a shelter in Santa Monica. But Charlotte is not Bradley’s first love; his first love was Samson, a German shorthair pointer but sadly Samson took his last breath in 2010. Apart from rescuing the world from destruction, our own Captain America has also rescued a cute dog from a shelter home. Yes, Chris Evans was shooting for a movie called “Gifted” at a shelter home where he came to know that the dogs used for shooting were actually the abandoned dogs and not the agency hired dogs. He fell in love at first sight with Dodger and adopted him. He loves to exercise with him and accepts that he is totally in love with dogs. Tom Holland, playing the role of Spiderman in Marvel cinematic universe is a mad dog lover. Tessa, a Staffordshire bull terrier is his BFF since she was a pup. Spidey is so in love with her that he takes her along almost everywhere. You must have seen the adorable pooch with him in some of his pictures while launching or promoting Spiderman homecoming. Women around the world adore him and love him but the Oscar-winning actor adores and loves his senior dog, Einstein. The cocker spaniel was adopted by George in 2010 from a shelter home. Clooney takes Einstein around the world with him as he just can’t stay away from his furry pal. Currently, he has three dogs, Louie- a cocker spaniel and Millie- a basset hound.

You must have noticed that the majority of stars have adopted dogs from shelter homes, it’s a great thing to do. There are many dogs that are waiting to be accepted by someone don’t you think you should also adopt one? You always want to follow your favorite star or imbibe their qualities. This might be the right time to do that, imbibe the adorable quality of loving and adopting dogs from a shelter home.

And, if you make up your mind to adopt one make sure that as soon as you adopt a dog straight away take him to a vet for a complete check-up of parasitic infestations like fleas and ticks, intestinal worms and heartworms. The check-up will help you to know the current health condition of your pal. The vet might recommend monthly flea and tick treatments or de-worming treatments according to his health report.