The Global Cat Day is an occasion which draws attention towards the plight of cats that are ill-treated and forced to undergo a lot of suffering due to the lack of effective policies which can safeguard their rights effectively. The event organized every year on October 16th encourages cat lovers from all around the world to join together and raise their voices in support of formulating strong policies which can protect your furry-munchkins from any form of injustice. The successful implementation of such policies will depend to a major extent towards the efforts of a certain influential section of the society which has been a vital contributor towards safeguarding the overall well-being of your four-legged companions over the years.

The section being referred to is that comprising of celebrities and film stars who are quite used to receiving overwhelming love and affection from fans and cinema enthusiasts. It is not quite uncommon to witness thousands of fans throng to the launch of a product simply because their favorite star will be present at the venue for the launch. Several fanatics even go to the extent of cutting their wrists and sending across letters written in blood to their favorite superstars with the desire of gaining their love and admiration in return on the back of impressive feats.

However, what needs to be realized is the fact that celebrities are not impressed or even affected by such adulation or harebrained decisions. What they truly crave for is the innocence and lure of a charming cat as evident from a statement by famous American actress Halle Berry which truly expresses her love for your four-legged companions, “I can’t imagine my life without animals. I have two dogs and three cats. Coming home and finding them all lined up at the door waiting for me has got to be one of the sweetest joys of my life.”

With the Global Cat day all set to arrive soon; let’s take a look at 5 celebrities who have contributed towards safeguarding the rights of our four-legged companions in their own right:

There are approximately 35 million cats that are constantly battling homelessness, diseases, cruelty with about 3 to 4 million cats perishing every year due to being abandoned, lost, unwanted or even euthanized due to the absence of proper shelters. It is high time we all raise our voices towards safeguarding the rights of our four-legged companions this Global cat day. 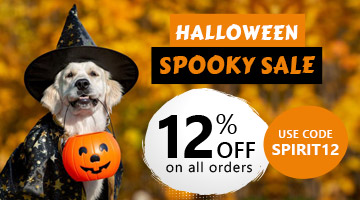